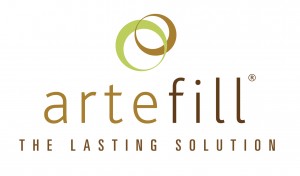 Previously known as Articoll, these injections have been used by cosmetic surgeons for over a decade now across Europe and Canada. These synthetic injections are approved by FDA for the treatment of signs of aging and especially for the correction of line that runs from the nose through corners of the mouth also known as nasolobial folds.

Known as Artefill injections in the present, are filler injections that are known to give better lasting results than any in the line.

The best-of-ingredients composition of Artifill makes it safe for sensitive skins unlike any other fillers.

It contains lidocaine which counters the discomfort one might feel as its trivial effects. It is also high in polymethylmethacrylate (PMMA) content which readily stimulates the production of collagen under the skin. Collagen might stop being produced over time or with aging, which causes unattractive appearances of fine-lines or bags under the eyes- one of those many signs if aging that cannot be easily covered with makeup or any other remedy.

How is it used?

Articoll has PMMA which is not only a collagen stimulant but also a dermal filler in itself which helps firms a skin, reducing any apparent fine lines immediately. The natural collagen is readily produced to replace the dermal filler as it degrades over time making the results last much longer with relatively permanent effects.

Articoll is an injectable filler that are injected into the highly specific areas of the face such as nasolobial folds or fine lines. Because of its immediate and relatively permanent effects, this shall be administered by a highly specialized doctor. A typical Artefill treatment only takes about 15-30 minutes.

However, Articoll is not an over-the-night treatment, so you cannot expect the results in just the first use. Although you may see a firmer skin immediately after receiving a treatment because of its dermal filler composition. Most of the times, patients need two treatments to reach full correction. Generally, the number of treatments you might require would depend on the depth of your folds and wrinkles.

For now FDA has only approved its use for the nasolobial folds.

What makes Artifill different and more preferable than other fillers?

At the right of this page, please read Artefill reviews to find out where to get this procedure in your area.